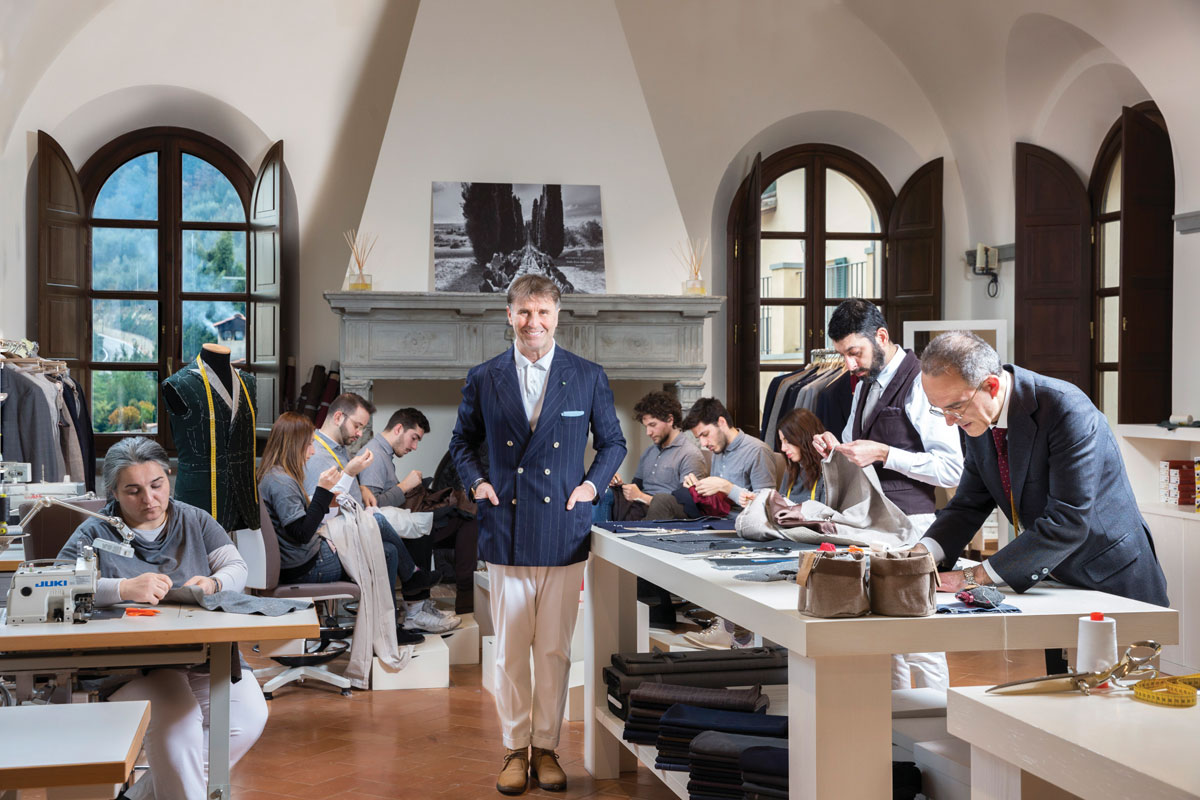 On Beauty and Dignity with Brunello Cucinelli

With a restored castle as his headquarters, this Italian designer considers himself a custodian of beauty in the world.

He made his fortunes in fashion, but it is more than his designs that set Brunello Cucinelli apart. He’s captured the curiosity of the industry and public alike with unconventional business models — making sweaters from rare thread, converting a castle into an inspiring factory, and creating purposeful work where employees are paid 20 percent above competitive wages.

Cucinelli’s thoughtful approach has not hindered his profits, however. Instead, it’s made him a prince among the locals and a preferred designer with royals and celebrities. The world abounds with success stories, but few like Brunello Cucinelli who has chosen to remain humble and show the world that status symbols are not the real definition of achievement.

As his native Italy suffered one of the most severe outbreaks of Covid-19 and the world locked down in fear, Cucinelli wrote two letters (Spring Letter, A Letter for the New Time) to steer his ship through the storm and remind his employees and customers of their core values. His gratitude for life and our Creator provide a template for dignity and inspiration to move forward despite the challenge.

Dressed casually in corduroy pants and cashmere cardigan, you might mistake Cucinelli as the caretaker, rather than the CEO of his dignified Italian fashion brand. And he prefers it that way.

“I’ve always considered myself a temporary custodian of the places where I live and work,” says Cucinelli from the medieval castle he restored for his headquarters in Solomeo. “Being a custodian, you can work with greater serenity, without being afraid of losing what you have.”

Under the Umbrian sun, coloured by fields of lavender, and fragrant with olive trees, the small hillside village is a postcard-perfect example of an ancient hamlet, stylistically brought back to life. Back in 1985, Cucinelli walked down the cobblestone streets of Solomeo, looked at the stone buildings, the derelict 14th-century fortress, the 300-year-old frescoed church and saw his future. “I felt responsible for sustaining the beauty of the world,” says Cucinelli, quoting one of his favourite philosophers, the ancient Roman emperor Hadrian. He saw a vision of a beautiful work-life balance, with a centre of culture, philosophy, literature, arts, and Italian fashion that could live on for centuries.

Equal parts entrepreneur and philosopher, Cucinelli started his company back in the 70s, when he was just 25. Financed by a loan of half a million Italian lire (equivalent to $400 today) he bought just enough pure cashmere to have local artisans spin and knit five sample sweaters, and convinced another artisan “to dye it all the colours of the rainbow.”

“I chose cashmere because I think it is the noblest of fibres,” says Cucinelli, now at 67 still sourcing the rare wool — available only to royalty in a bygone era — from Kashmir goats in Mongolia. The material’s luxurious status and posh price are a reflection of the fact that one sweater requires the sheared wool of four goats over two years.

Rooted in upscale artisanal craftsmanship, Cucinelli’s neon knits were a hit — he sold 400 in the first three months. Today, his “Made in Italy” collection achieves sales upwards of $471 million annually from boutiques around the world.

Europeans and Americans alike are romanced by Cucinelli’s “sprezzatura,” the Italian word coined by Baldassare Castiglione’s The Book of the Courtier, to describe the signature of classic and effortless Italian style. Prince William of Wales and James Bond actor Daniel Craig are both known to carry off appearances in understated Brunello Cucinelli attire, while the refined fashions are worn with elegant effect by American actresses Jessica Alba and Blake Lively.

Cashmere is still a Cucinelli signature, but the brand continues to evolve as his daughters Camilla and Carolina influence the upcoming fall collection with layers of cotton, silks, and soft leather in a subdued palette with spontaneous pops of red.

Cucinelli says he’s a man of few needs, having learned to live peacefully and appreciate simplicity from his childhood in the country. But there are some things he couldn’t tolerate in life. “My parents were farmers, and we lived a quiet life to the rhythms of the seasons.” Life took an unexpected change at 15, when his father moved the family to the city, with the anticipation that a new job at the cement factory would provide better for the family. Instead of job satisfaction, however, Cucinelli witnessed his father struggle with oppressive working conditions and a rattled sense of worth. “He’d come home with tears in his eyes and ask in what way he had offended God to be so humiliated and oppressed by his employer. I think that’s when I had a vision that whatever I’d do in life, I’d do it with respect for human dignity.”

From there on, something stirred within the impressionable young Cucinelli, and he began a quest for the source of a meaningful life. During his university years, he frequently visited the town coffee shop, fascinated by the robust discussions of politics and theology. While feeding his spiritual soul, he was struck by the musings of philosopher Immanuel Kant — “Two things move me in life: the starry sky above, and the moral law within me.”

Inspired to live a life with higher purpose, Cucinelli began to chart a new path — one where he could tangibly model his conviction that “Through work, we can reach the Supreme Good — our personal well-being; not only a financial well-being, but also the complement of our soul.”

With dignity, he returned a centuries-old tradition of knitting back to the Umbria region where he and his wife grew up — developing a form of “humanistic capitalism” with strong ancient roots.

Most of the village’s 600 residents are employed by Cucinelli, including his family, plus about 1,000 others from neighbouring towns who weave the cashmere and assemble the handcrafted garments. A daily break accommodates the Italian custom of an afternoon rest at home with family, while the restored farmhouse serves as the company cafeteria where traditional Umbrian dishes are prepared daily for employees, from “healthy and genuine ingredients grown by a farmer in the area.”

“My dream has always been to make people’s work more human by respecting the economic and moral dignity of my employees and trying in our work to cause as little damage as possible to humanity,” says Cucinelli. “You weren’t born to live like animals, but to practice virtue and acquire knowledge,” he says, quoting the Italian poet Dante.

With profit made from his cashmere atelier, Cucinelli has taken on the restoration of Solomeo over the span of three decades, from replanting orchards and building soccer stadiums to preserving the ancient buildings and establishing a school of craftsmanship. Here, the artisanal disciplines of masonry, fabric assembly, tailoring and dressmaking are taught to a new generation by master craftspeople.

Cucinelli’s mind is in perpetual motion, dreaming and conceptualizing new projects for the next three, five, and 1,000 years. For this philosopher-king who turned crumbling stone into a harmonious empire, his ultimate “gift to humanity,” he says, is the 240-seat theatre, Teatro Cucinelli.

It evokes a spiritual aura, a symbolic building for Cucinelli’s boundless love for Umbria, and his wish that the local people will be enlightened by the theatrical, dance and musical performances “into the coming millennia.”  Handbuilt by local masons with curved Ionic portico, the theatre was inspired by the late Renaissance styles of Teatro all’Antica in Sabbioneta, and the Teatro Farnese in Parma. His philosophy is impressed in its beautiful stone filaretto on a plaque that reads: “In his beloved Solomeo, Brunello Cucinelli built this theatre of man in the presence of nature, to commemorate for all time the eternal values of beauty and aspiration.”

“I think it’s the concept of ‘beautiful’ that guides me, in both the production of the collections and in the restoration of buildings we’ve carried out in Solomeo,” says Cucinelli. Like the sweaters he makes, “meant to be worn and treasured for a lifetime,” Cucinelli aspires that his philosophy and the enterprise he heads “may live on for centuries to come.” 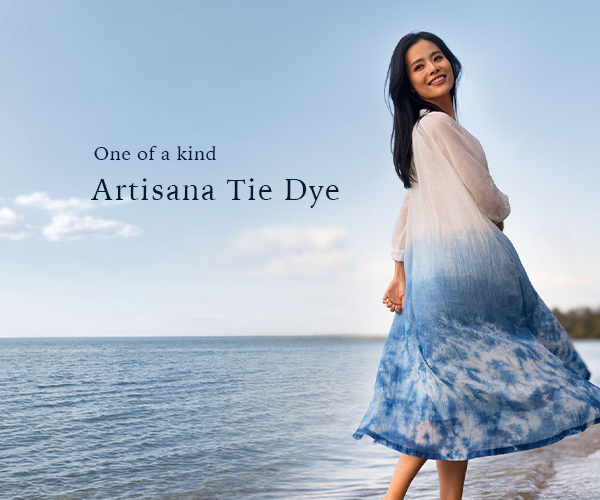 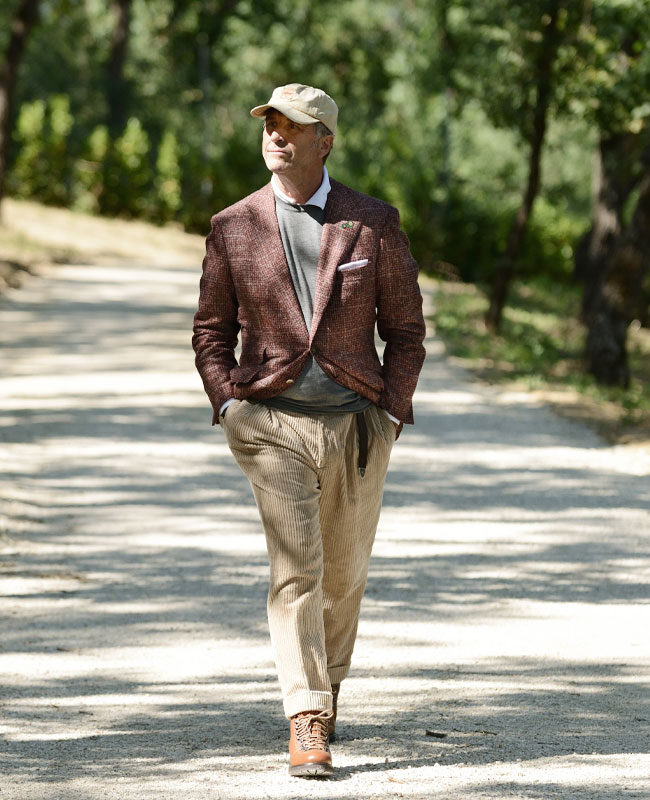 Solomeo: A Town Built by Beauty

The Italian hamlet of Solomeo is more than Brunello Cucinelli’s home, it’s his masterpiece. 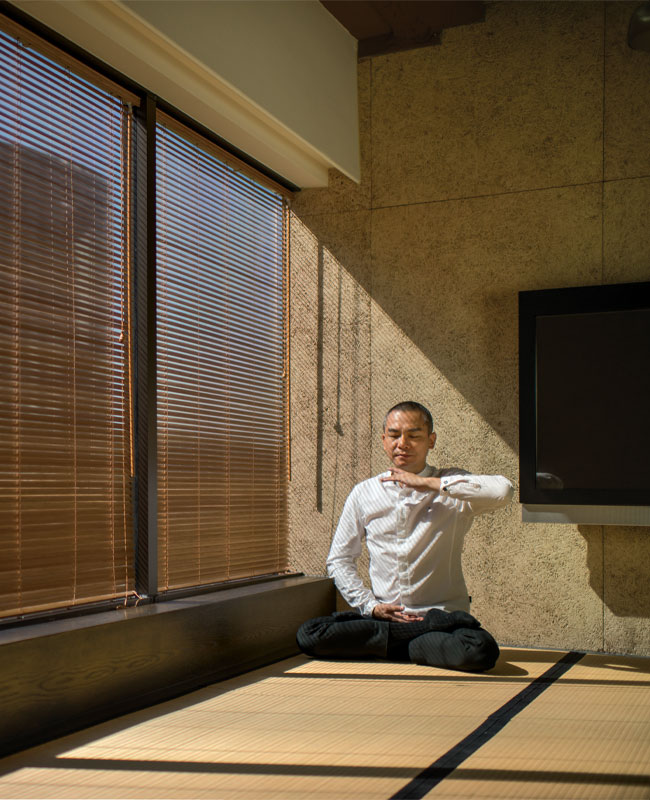 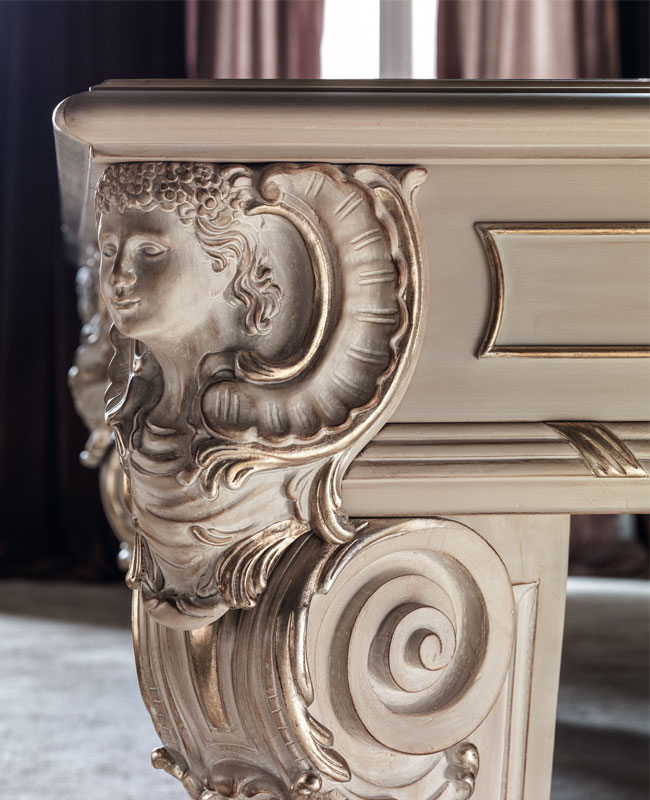 Inspired by his childhood in Florence, Cosimo Savio brings the Renaissance back to life with his furniture designs. 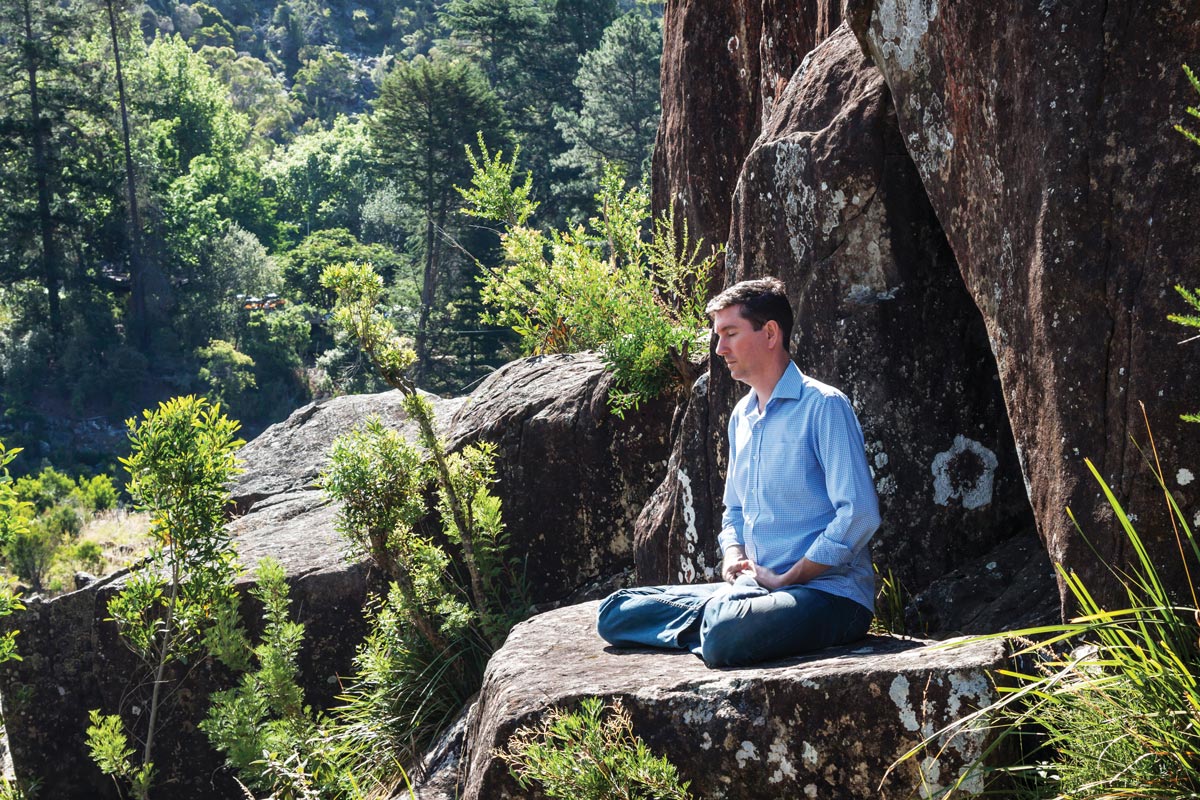 An entrepreneur’s “beautiful and sustainable” contribution to society