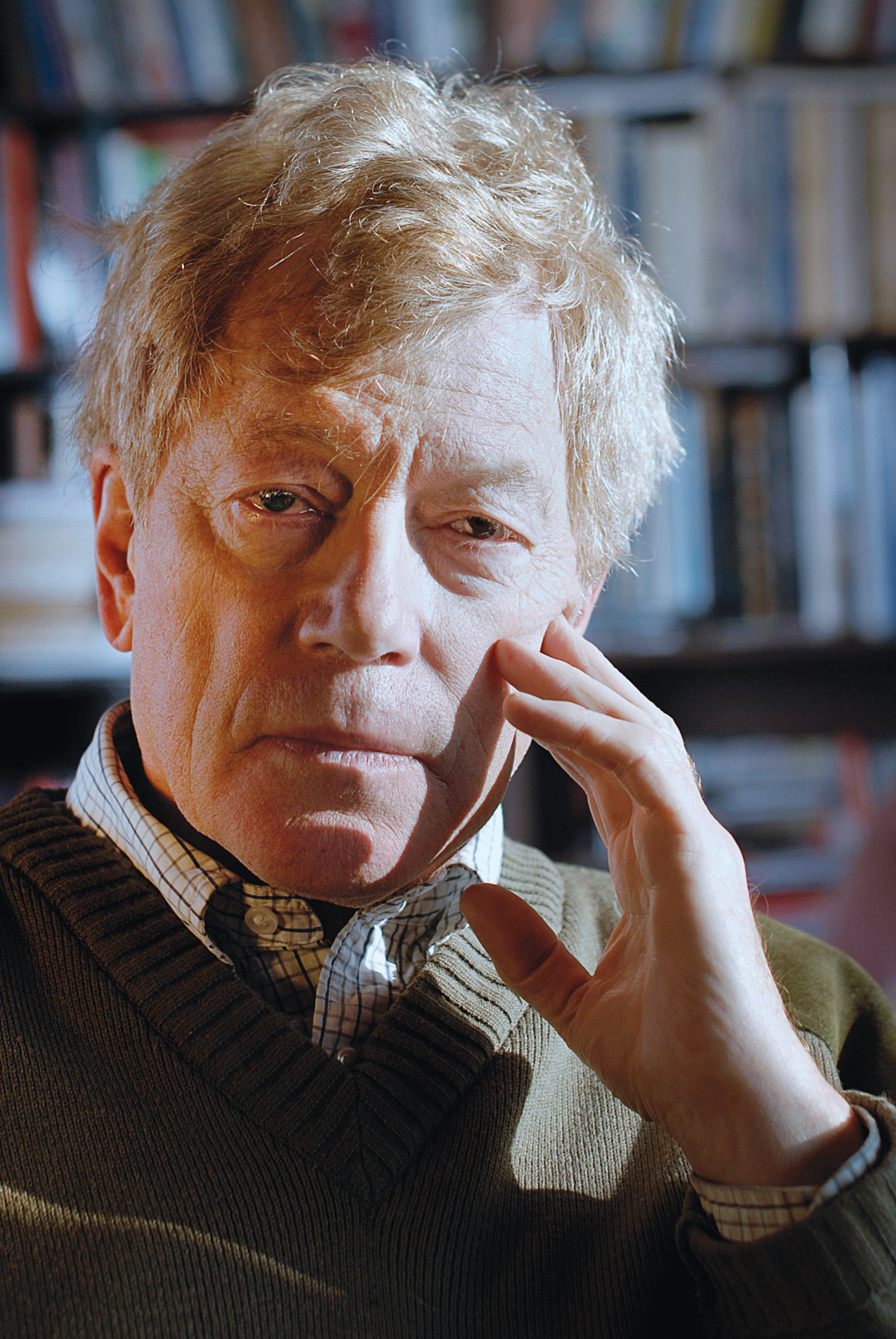 Sir Roger Scruton: Defining Beauty In The Way He Lived His Life

What is beauty? It’s a simple question, but as we delve for an answer, we embark on a journey that takes us to strange corners of the world, thousands of years into history, and deep into our own hearts. It’s a confounding journey full of twists and contradictions. Fortunately, a guide has been provided for the exploration of beauty—in the life and works of Sir Roger Scruton (1944–2020).

What makes something beautiful? What impact do experiences of beauty have on us? Why does beauty matters? Sir Roger Scruton explored these questions and more throughout the course of his nearly five decades as a writer, philosopher, and public thinker.

His works include over 50 books on subjects ranging from the aesthetics of music to hunting, wine, and political philosophy. Within that body of work are also four novels, scores of essays, literal guides for life such as How to Be a Conservative and a short volume simply titled Beauty.

What sets Sir Roger Scruton apart from a mere commentator on culture is that he sought to embody his ideals of culture in how he lived his own life.

The prose within Scruton’s work on aesthetics is often as elegant as the subjects he describes. He knew that to capture the ideas of beauty requires a beautiful expression. In addition to writing, he played piano and composed classic music. He appreciated good food, wine, and conversation.

“Beauty is an ultimate value—something that we pursue for its own sake, and for the pursuit of which no further reason need be given. Beauty should therefore be compared to truth and goodness, one member of a trio of ultimate values which justify our rational inclinations,” Scruton wrote in Beauty: A Very Short Introduction.

The importance of being Roger

Roger Scruton studied at Jesus College, Cambridge University for both his undergraduate and graduate education. While pursuing his Ph.D. in aesthetics, he spent a great deal of time in France, and he cites the 1968 student protests in Paris as a turning point in his life.

“I suddenly realized I was on the other side,” Scruton says of the experience. “What I saw was an unruly mob of self-indulgent middle-class hooligans. When I asked my friends what they wanted, what were they trying to achieve, all I got back was this ludicrous Marxist gobbledegook. I was disgusted by it, and thought there must be a way back to the defence of western civilization against these things. That’s when I became a conservative. I knew I wanted to conserve things rather than pull them down.”

He finished his Ph.D. at Cambridge with a thesis that became his first book, titled Art and Imagination. He became a professor of philosophy at Birkbeck College and set his mind to establishing an intellectual tradition for conservative scholarship. His colleagues were deeply liberal, and far-left ideologies dictated much of the academic culture, so Scruton accustomed himself to sailing in headwinds.

During the cold war between Western and Eastern Europe in the Soviet era, Scruton developed deep ties to the dissident academics in what is now the Czech Republic as well as Poland and Hungary. He participated in the underground education network started by Czech dissident Julius Tomin, but in 1985, Czech police detained Scruton and placed his name on the communist Index of Undesirable Persons.

While many of his contemporary political philosophers in England defended communist ideology, Scruton’s direct experiences behind the Iron Curtain led him to a defense of culture and truth. This led to his third book, The Meaning of Conservatism, which was published in 1980. The left hated him for the book, but instead of shying away from the criticism, he founded the conservative magazine The Salisbury Review, and embarked on a prolific period of writing and editing.

No matter how beautifully he wrote, however, he always faced criticism for his conservative views, but he never stopped writing or lost his sense of humour.

When receiving the Jeane Kirkpatrick Award for Academic Freedom in 2018, he said, “It’s been a great adventure for me to be so hated by people I hold in contempt.”

In defense of culture

In his 2007 book Culture Counts, Scruton writes, “The culture of a civilization is the art and literature through which it rises to consciousness of itself and defines its vision of the world.”

Scruton saw culture as something inherited from previous generations, given to the present in order to preserve it for the future. We are caretakers of the consciousness of our ancestors, expressed through art, writing, and the cities created by that consciousness. We are also the creators of our own expressions that add to the consciousness of future generations. We thus should take care to ensure that the line of beauty connecting the cultures of all ages and all places remains unbroken.

“Styles may change, details may come and go, but the broad demands of aesthetic judgement are permanent,” Scruton says.

Beauty is the glue that holds cultures together. It transcends individual places and ages. Light shining through stained glass in the Notre-Dame Cathedral, the face of Mary in Michelangelo’s La Pietà, a Bach orchestral suite—my experiences of these things connect me to the experiences of so many others over the centuries since their creation. The beauty links us with a sense of profoundness and awe.

“The sense of beauty puts a brake upon destruction, by representing its object as irreplaceable,” Scruton wrote in Face of God: The Gifford Lectures. When we build beauty into an object, building, or work of art, we are signalling to the future what we think is worth preserving.

In the final years of his life, one last misguided mob. A wave of online criticisms labeled Scruton racist because of his defense of Western culture. The mob demanded his removal from a formal council on building beautiful public spaces, and it seemed for a moment as if the mob might win. But it didn’t. The obituaries that came all too soon after that final controversy showed definitively that Roger Scruton is loved, and his legacy beautiful.

Douglas Murray’s obituary for Scruton in The Spectator states, “If he sometimes fitted uncomfortably with the age in which he found himself, it was principally because he did not believe in its guiding tone of encouraged animosity and professionalised grudge. He believed instead—and lived in—the spirit of a different age. One in which he encouraged his readers to share. That is a spirit of gratitude for what you have received, and forgiveness for what you have not.”

Even his opponents held him high esteem. Michael Shindler wrote the following in an essay critical of Scruton: “Like the Roman guard who would not abandon his post during the cataclysm of Pompeii, the late Roger Scruton stands in lonesome majesty as the artistic tradition’s greatest defender athwart modernity’s aesthetic upheaval.”

After months of fighting cancer and facing the imminent end of his life, Scruton published a final essay in The Spectator, titled Roger Scruton: My 2019. It included the following passage, and I can’t think of a better way to end a tribute to the man’s beautiful life than to include some of his final words.

“During this year much was taken from me—my reputation, my standing as a public intellectual, my position in the Conservative movement, my peace of mind, my health. But much more was given back: by Douglas Murray’s generous defence, by the friends who rallied behind him, by the rheumatologist who saved my life and by the doctor to whose care I am now entrusted.

Falling to the bottom in my own country, I have been raised to the top elsewhere, and looking back over the sequence of events I can only be glad that I have lived long enough to see this happen. Coming close to death you begin to know what life means, and what it means is gratitude.” 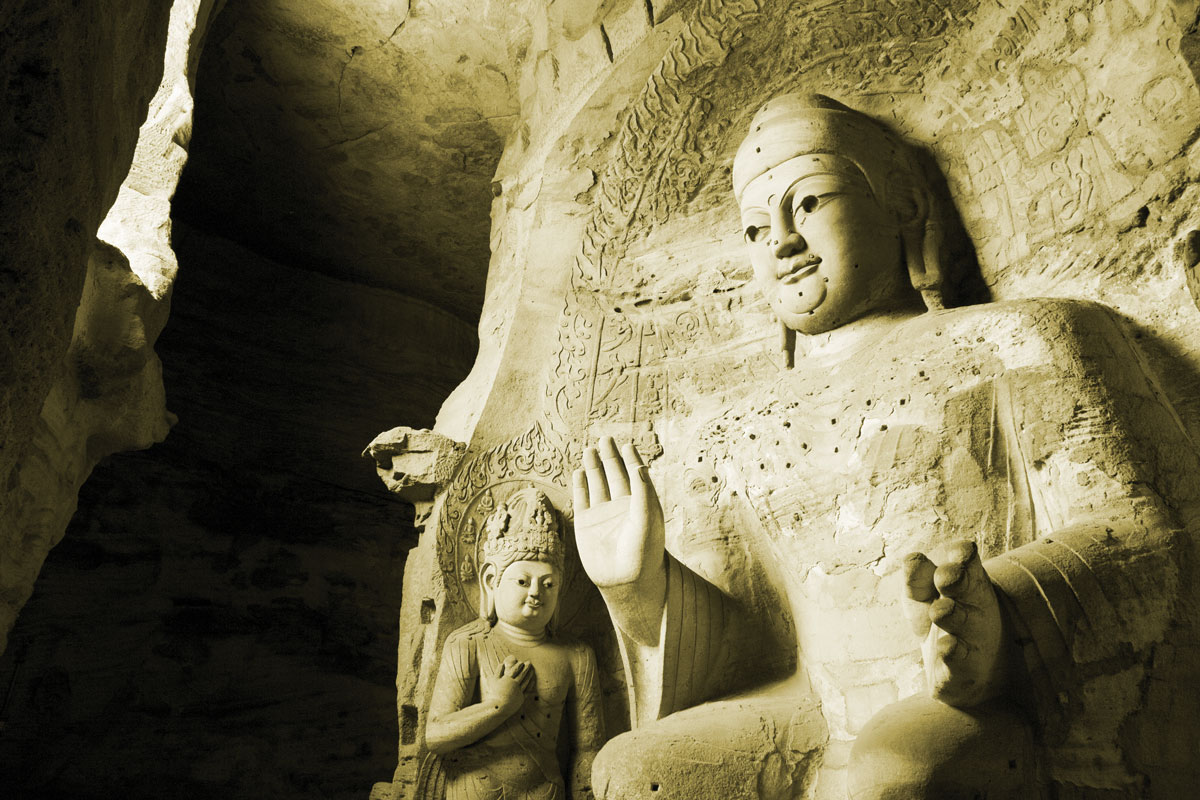 This story is from Magnifissance Issue 105 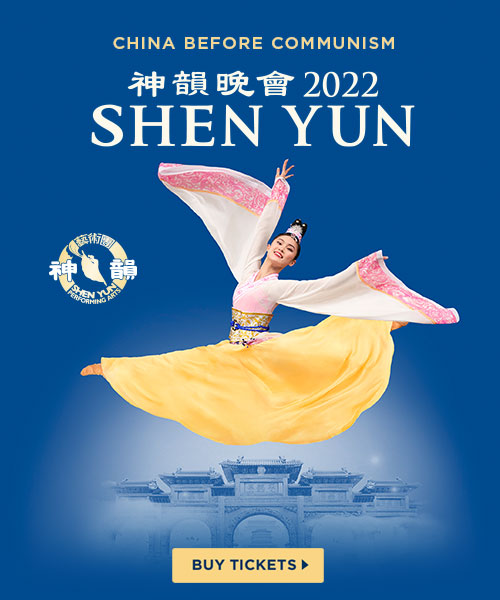 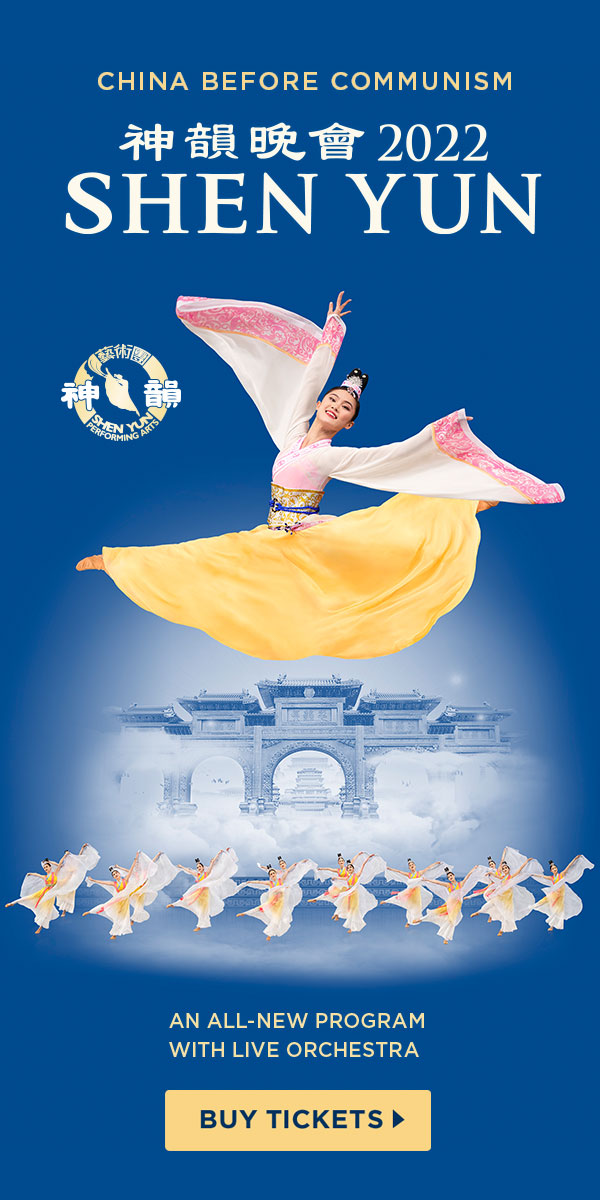 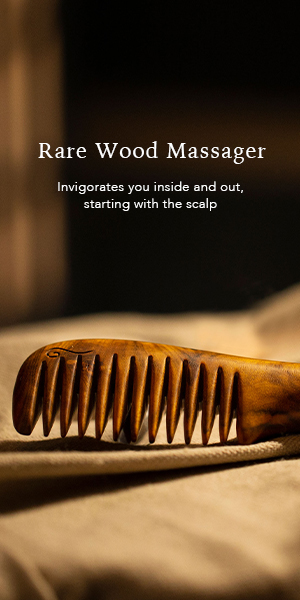 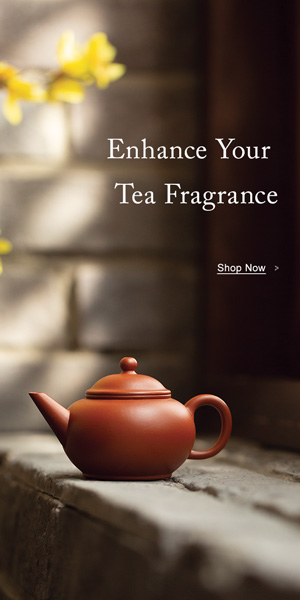 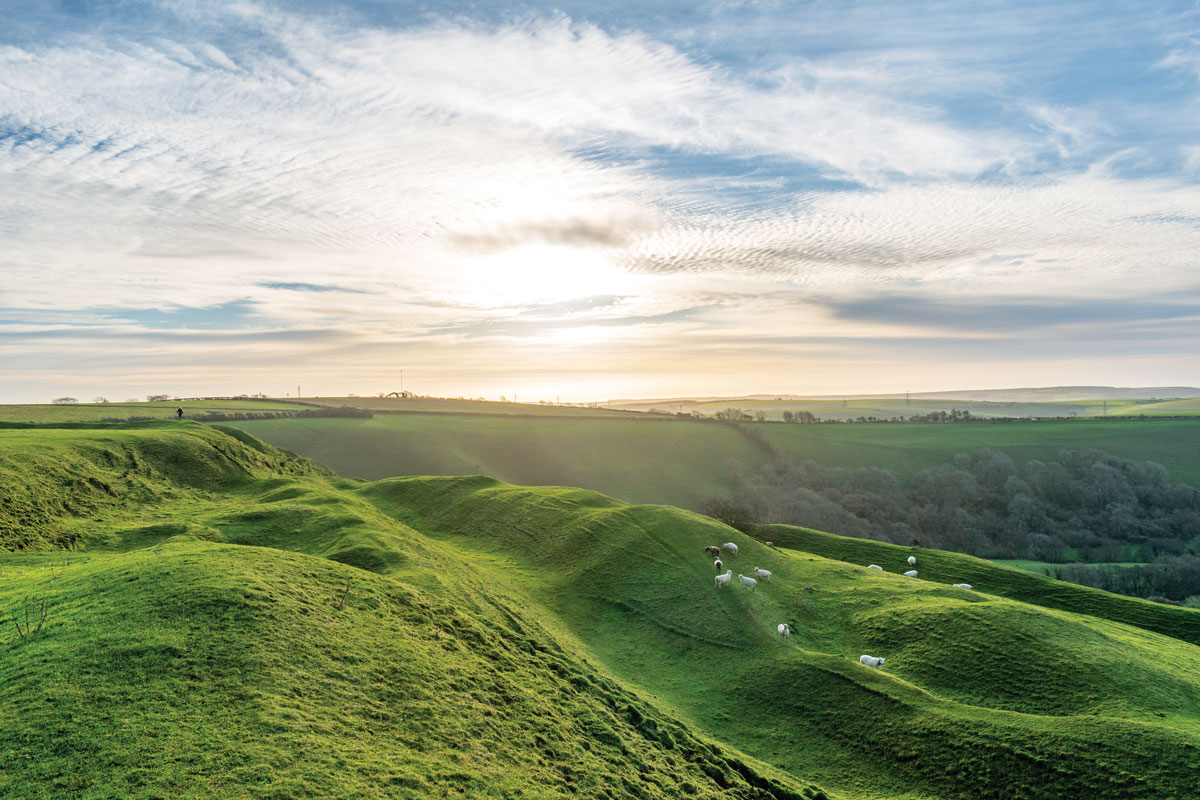 Letter From the Editor: Why Beauty Matters

The Role Of Beauty In Shaping Our Lives 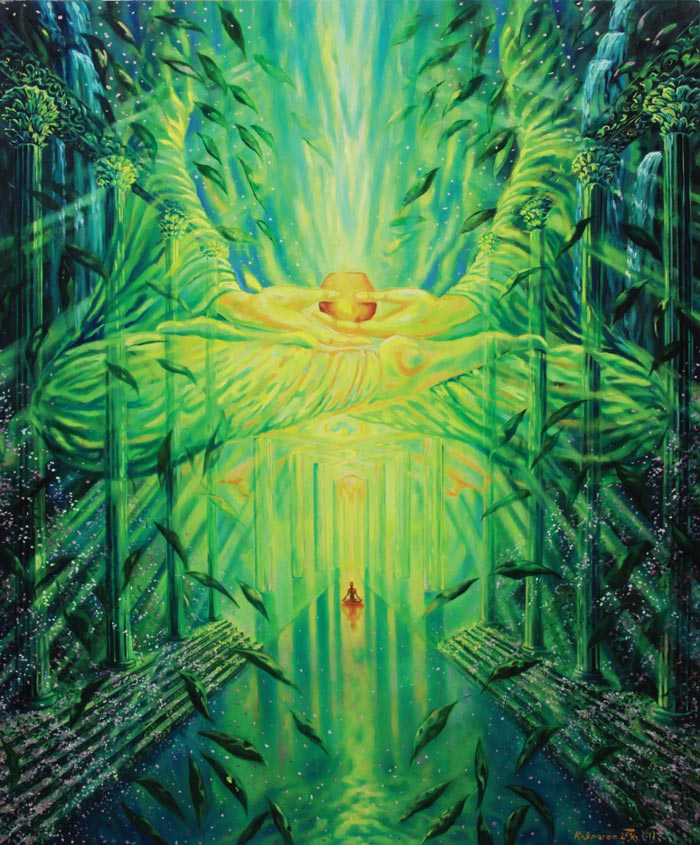 Divine inspiration, in the form of a vision of Buddah, led Kasparec to an artistic breakthrough. 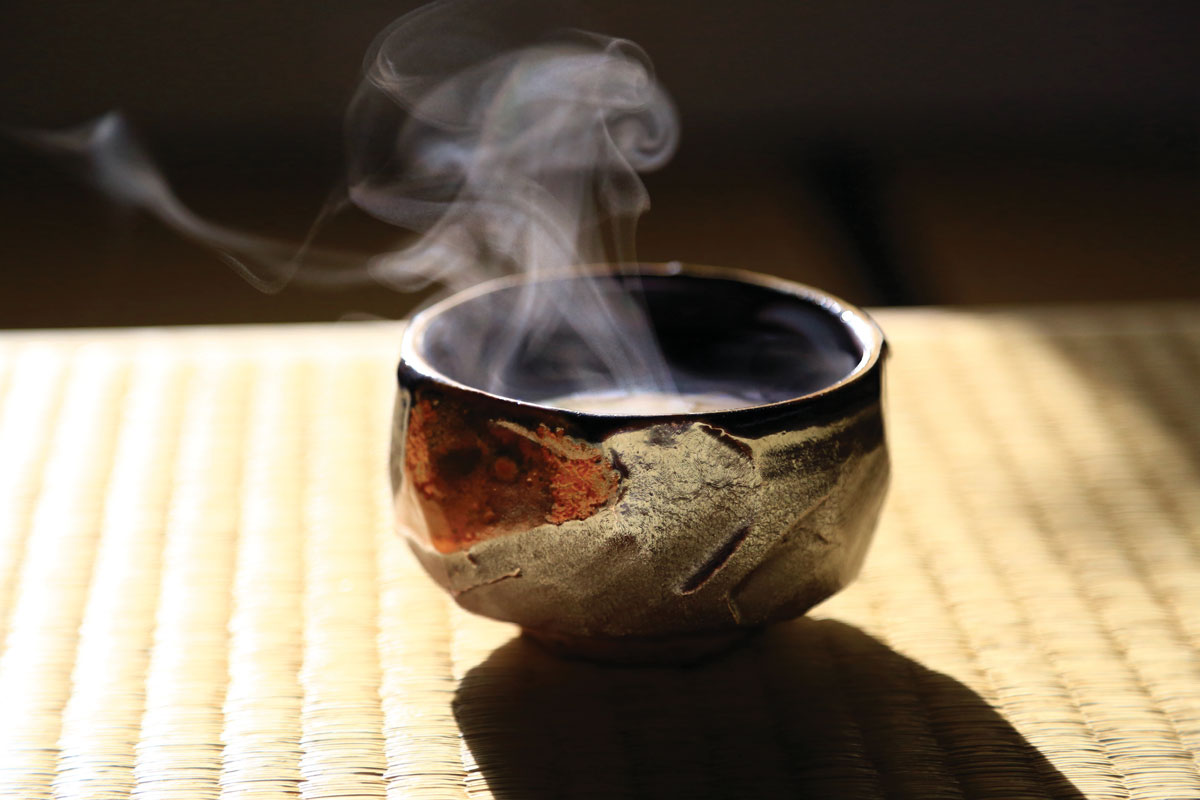 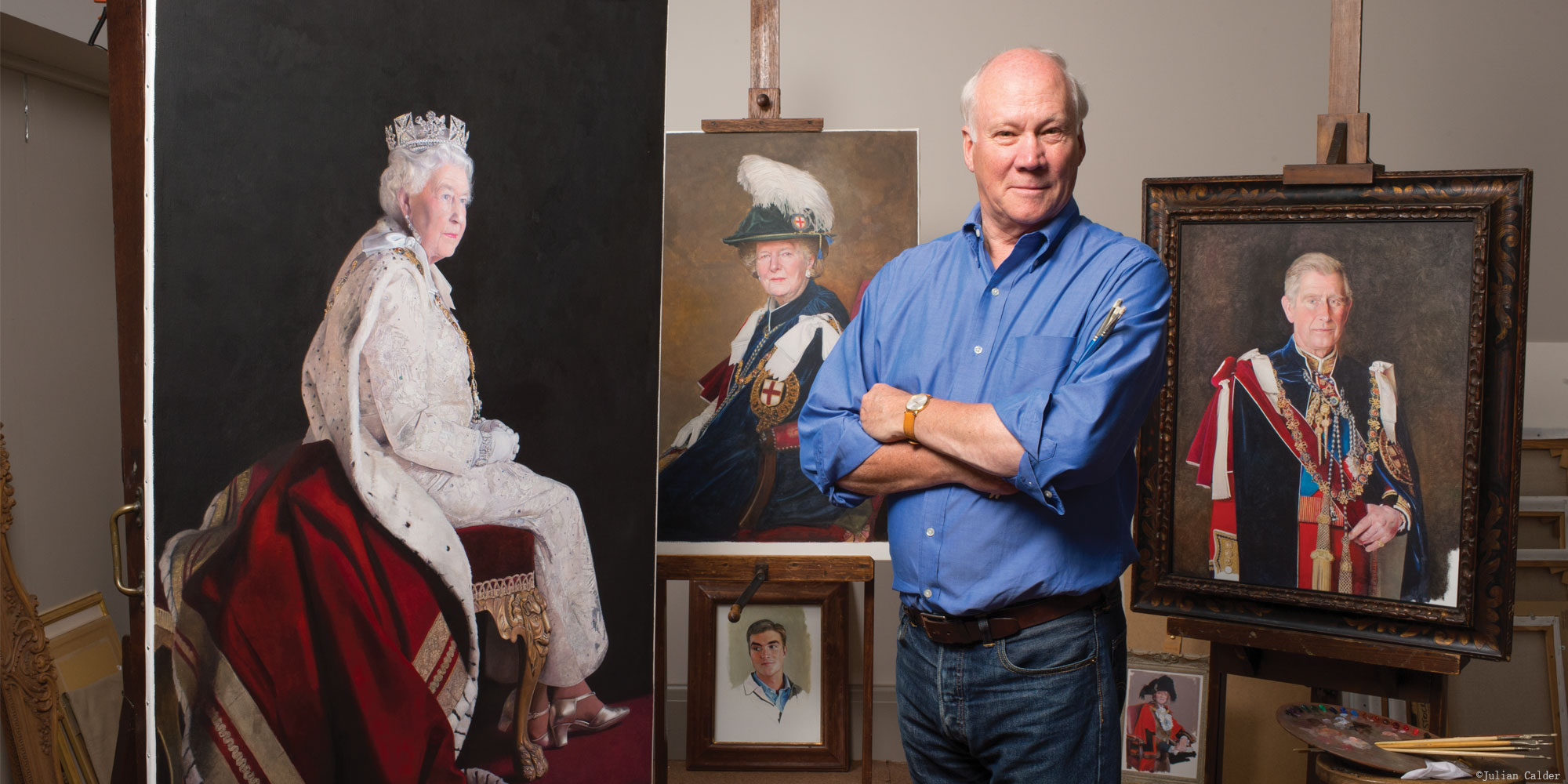 One artist’s fateful path begins with a fall that leaves him in silence but ends with the colour and beauty of a Rembrandt.